If you’re in Paris you probably saw this ad from Vittel. (click to enlarge) 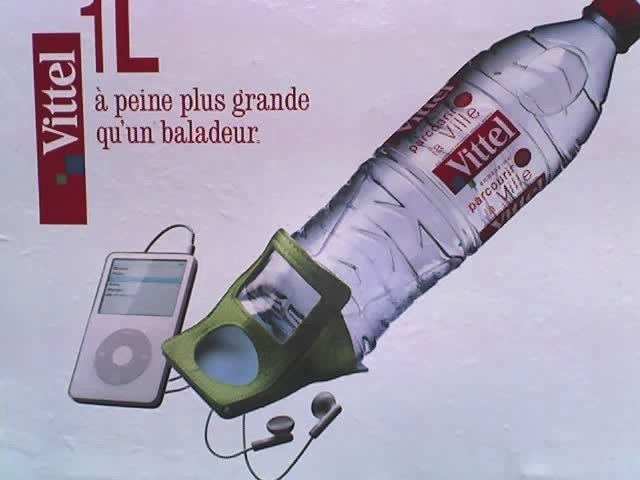 Probably something humoristic (that doesn’t make me laugh) because it says “almost as small as a MP3 player” with a picture obviously showing it’s a joke.

But what really make me wonder is this Ipod on the picture. It is a real Ipod, not a mock-up, so the two brands had to agree on this.
The questions are :

I’m not a marketing guru at all, just a simple customer, but here I’m lost.