A few months ago, Prince closed his NPGMusic Club.
Dozen of tracks, live recordings and videos have been avalaible to download there.
When he won a Webby Awards for best music site in june 2006, he decided to close it.

2 days before playing at the Superbowl, he’ll introduce a new track called “Guitar” on 3121.com

In the meantime, you can listen to a track he sent to Howard Stern this week. Jimi Hendrix’s All Along The Watchtower + The Foo Fighters’ Best of You (hardly 90 seconds only) 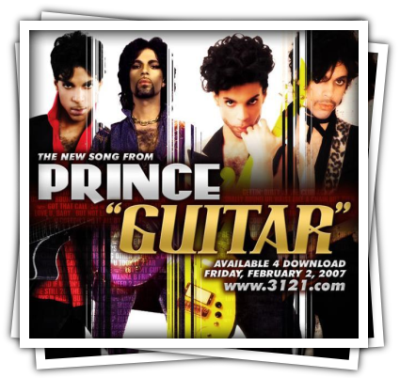